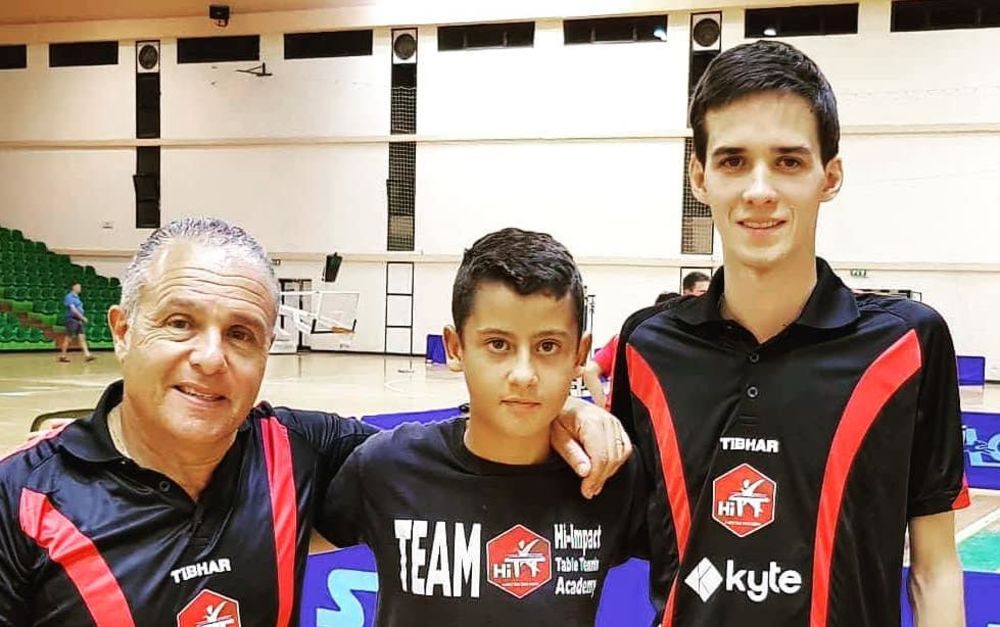 Great news for our table tennis family! On 26th September 2018, one of HiTT Academy’s youngest players will be starting a new experience at the National Sports School in Pembroke. 11-year-old Luke Bonello worked hard and did his best to gain admission to Malta’s top school for aspiring athletes. Together with his coach Mario Genovese, Luke managed to work on improving his technique and passed the admission trials with flying colours.

Malta’s U11 Junior National Champion Luke Bonello has been actively training table tennis since April 2014, when he had just turned 7. He showed an interest in the game after playing at home and his love for the game was immediately evident.

Luke joined HiTT Academy for a trial and soon became a regular at the training sessions. In December 2014, Luke went to Holland with head coach Mario Genovese for his first international experience. This event influenced him greatly, both as a table tennis student and also as a person, giving him an independence that even at that age has proved to be a great motivator for him.

Since then, Luke has participated in several other international and local training camps with renown coaches such as Jochem de Hoop from Holland, Such Bartosz from Poland, Aleksey Yefremov from Russia, Uriy Leymanovsky from Ukraine, Aurelija Kybartaitė from Lithuania, Ivan Malagoli Lanzoni from Italy and Eli Baraty from the United Kingdom.

He dreams of becoming a great table tennis player and wants to make the sport he loves his life’s passion.

About the National Sports School

The National Sport School is the only dedicated centre of excellence for sport in Malta. The school aims at combining academic achievement with a successful sports development program for students with sporting talent and a high potential for development in their chosen field of sport. The ultimate aim of the National Sport School is to guide its students along a dual career path.