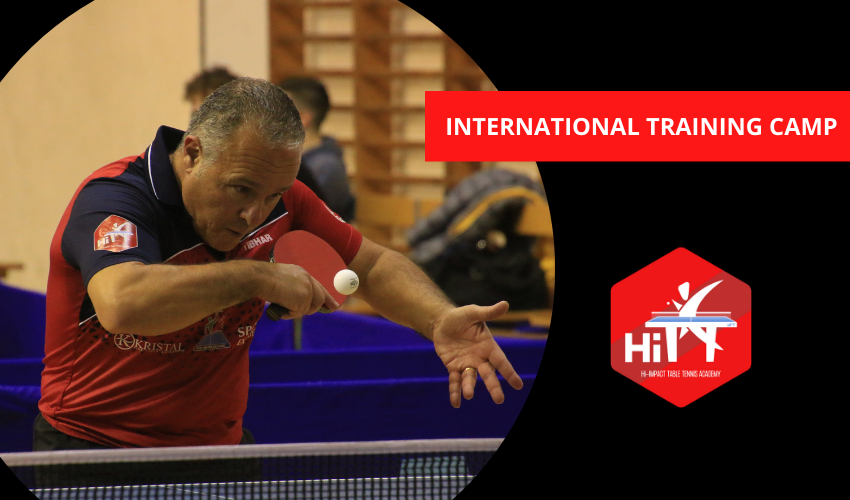 Exciting news for HiTT Malta Table Tennis Academy as earlier this week our head coach Mario Genovese took off to Krupanj in Serbia. There he will be leading the GEWO Training Camp, one of the largest table tennis training camps in Europe.

Working alongside Mario, he will have a coaching team made of some of Serbia’s best talents including Brankica Jaksi, Radovan Zunjanin, Brank Dukic, Nada Banjac and Daniel Toadjer.

A total of 60 players are expected to attend from all over the Balkans and beyond.

“Super excited and honoured to have been chosen to act as Head Coach for one of Serbia’s top camps,” Mario posted on his Facebook page, continuing that, “An ongoing online program during the Covid pandemic has also seen that players are in good shape to approach the post Covid preparations. Serbia has been progressing well under the able hands of the great ‘Sala’ Karakasevic Alexander acting as President. Rearing to go to my first big camp of the training season.”

The official announcement was made on the GEWO Srbija facebook page on 15th June 2021, describing Mario as one of the most prestigious coaches in Europe.

Reference was made to Mario’s work with the Asian Table Tennis Union during a big training camp in India back in 2019, as well as to his innovative ITX training system, a training regime founded on synchronising the power of the brain and connecting it directly to table tennis techniques.

The camp will be held in the town of Krupanj, located in the Mačva District of western Serbia.