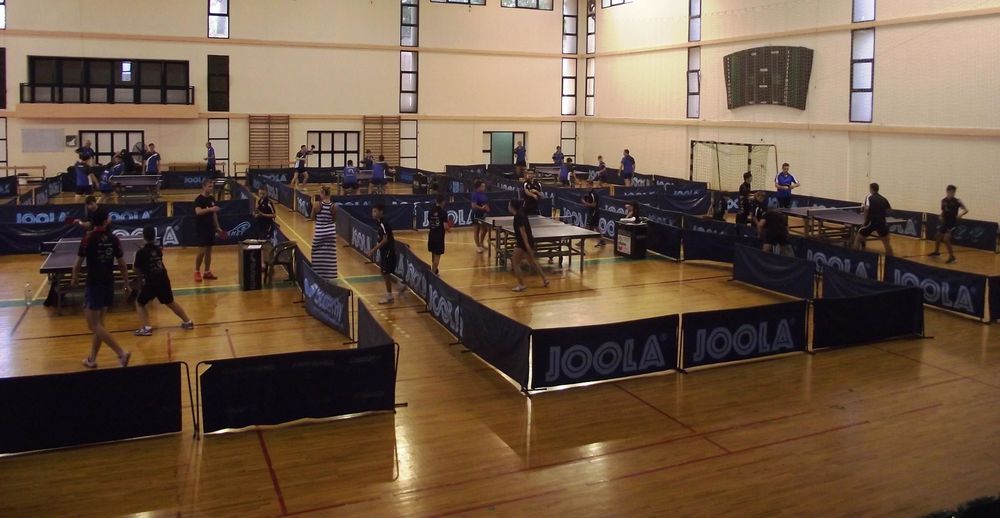 The 2016/2017 Malta National Table Tennis League is starting in one week and this year we’re fielding 12 teams spread across four different divisions. That’s one more than last year’s league and an all-time record for our club. The 12 teams are composed of 51 HiTT Academy players of different ages, with our youngest players being just nine years old. We’re all excited for the league to start, especially after a summer of training camps and intensive work.

The league is an annual competition organised by the Malta Table Tennis Association (MTTA), running from October until May. Teams from various Maltese clubs and table tennis schools meet at the University Sports Complex in Tal-Qroqq every week to compete against each other. 1st and 2nd division matches are played on a Monday, while 3rd and 4th division teams play on Friday evenings.

In a league match, two teams of three players each play a total of nine matches. Each match consists of five sets, with the winner being that player that wins most sets. Results are updated by the MTTA on their website.

The following are the teams playing in each division

1st Division:
2nd Division:
3rd Division:
4th Division:
We wish all our teams the best of luck for a successful league. Allez HiTT Academy!
Interested in table tennis? Come and take a look at the games, and if you want to start a better way of life, we urge you to join the action. Here at HiTT Academy we offer lessons for everyone from six years and up.
For more information about our club check www.hittmalta.mt or find us on Facebook.
Tags: HiTT