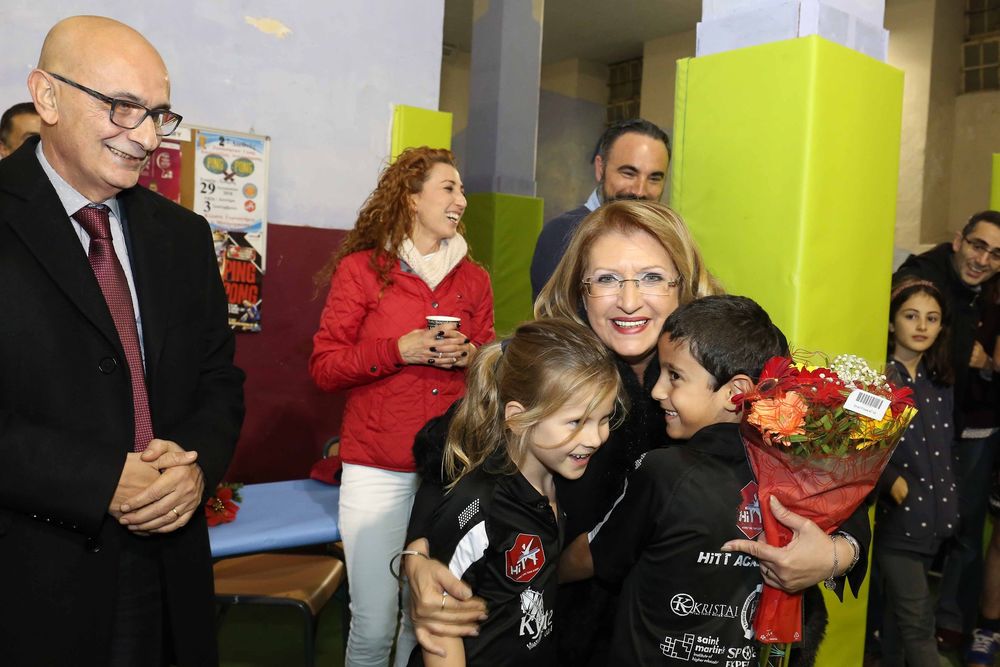 HiTT Malta Table Tennis Academy has kept its annual appointment with charity. During four special events, we managed to raise €2,000 for the Istrina 2018 campaign. This year’s sum means that over a period of five years we’ve managed to collect an amazing total of €13,000 to help children in need. We believe strongly in this initiative, not only because it bonds us together but also because it’s an occasion in which we can contribute to create a better society. Our tiny contribution helped raise over €7 million during this year’s Istrina, a record for Malta.

Our annual fundraising activities in aid of Istrina

Instead of organising one long 30-hour event like we did in the past years, this year we’ve decided to reduce the main event to a 16-hour marathon and have 3 other small events on separate dates. All proceeds from these 4 initiatives went totally towards the Istrina fund.

A table tennis exhibition was held at Savio College on 20 November 2018, in collaboration with Dingli Primary.

The exhibition was dynamic and included lots of table tennis action, provided by HiTT Academy coaches Mario Genovese and Dario Ardeljan, HiTT guest coach and top player from Serbia. Donations were presented by Sports Master Johann from Savio and Elizabeth Galea, Headmistress at Dingli Primary in aid of Istrina. Lots of fun and excitement for over 400 students present.

On Saturday 01st December 2018 we held a Player + Parent Competition. 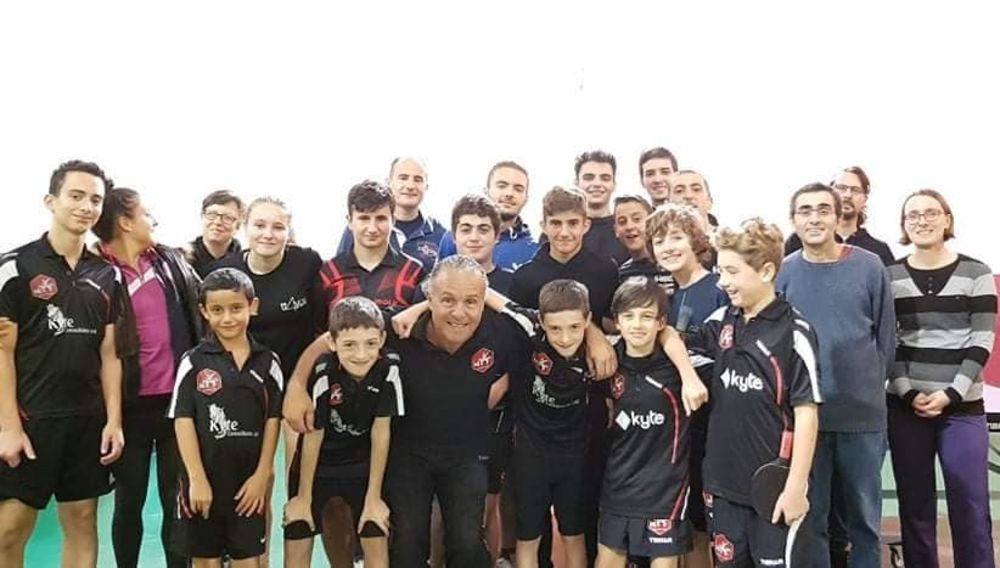 This was a Davis Cup-style fun tournament with teams made up of 1 parent & 1 player. Each team paid €10 to participate, with the entire sum going completely towards the Istrina 2018 HiTT Academy Fund. 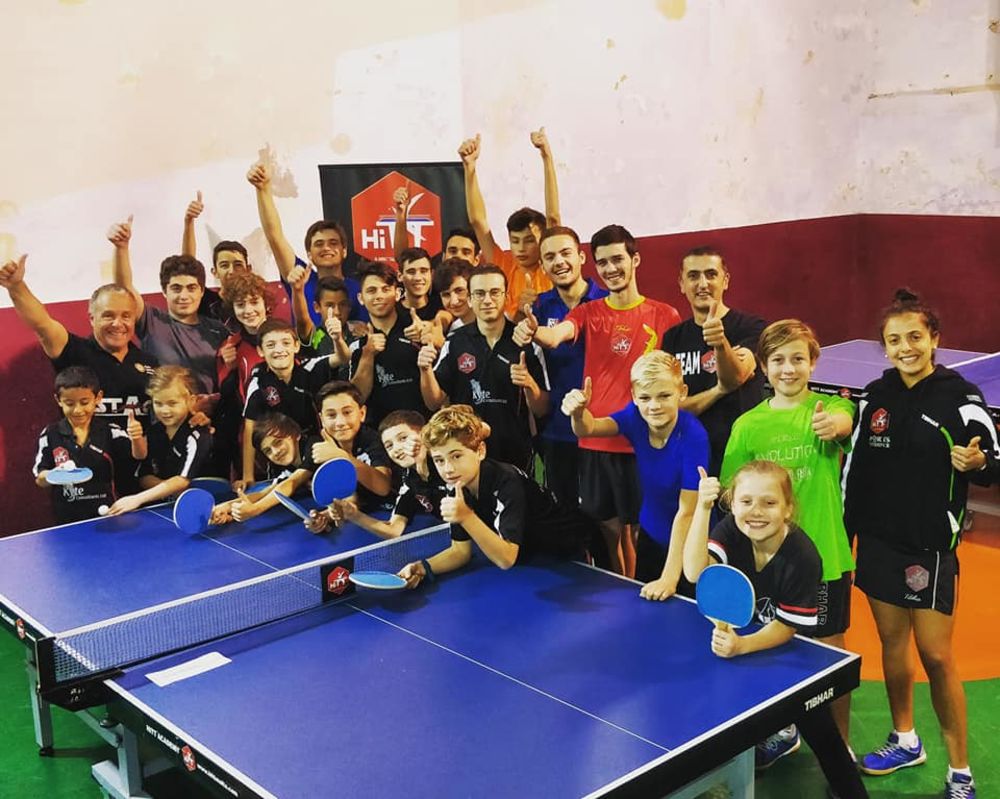 Ping Pong Clickball is a game similar to table tennis but played with rackets covered only in blue sandpaper (unlike table tennis rackets, which are covered in rubber). Participation fee for the tournament was €5 per player and all the money went towards the fund.

The third and main event was held on Saturday 15th December 2018 – a16 hour marathon of non-stop Table Tennis. This was held at the Academy’s main venue in St Albert the Great College, Old Theatre Street, Valletta. The hall opened at 8 in the morning and the marathon kicked off with a ranking tournament for HiTT Academy students across four categories. 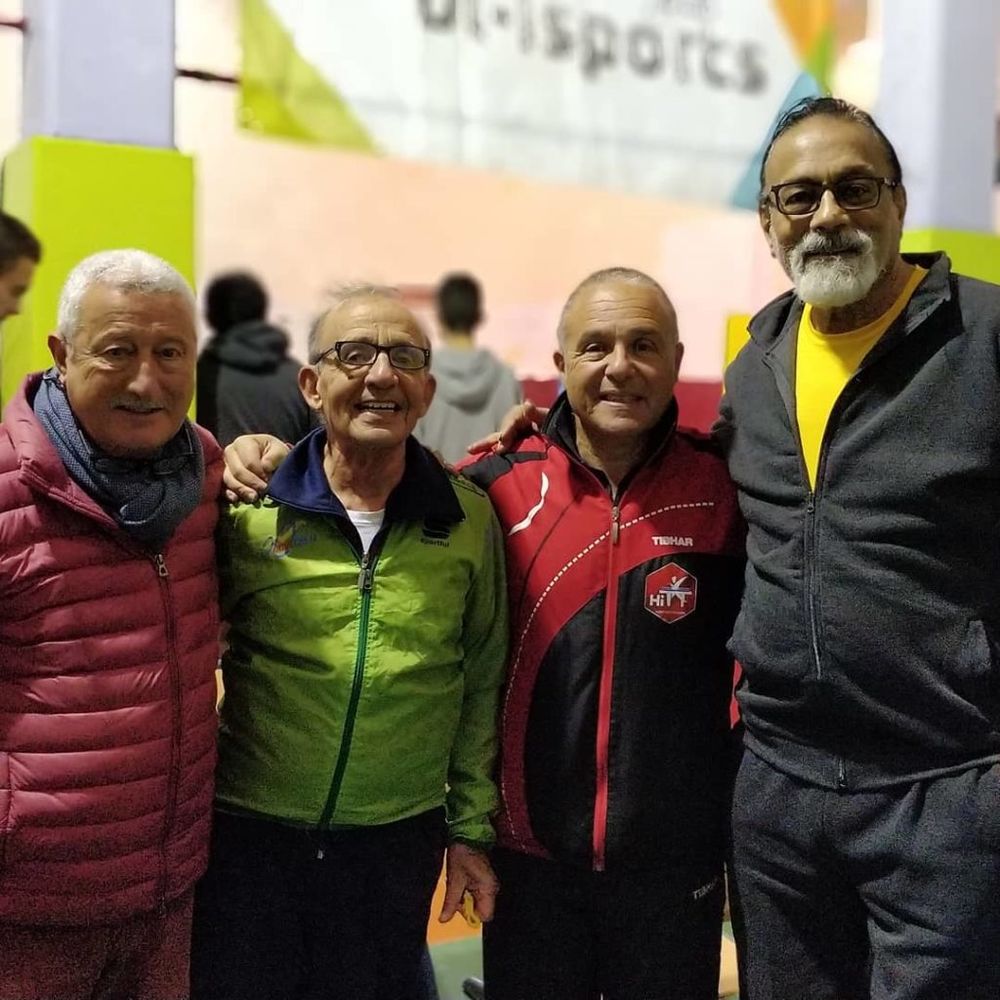 The tournament went on till 1pm, at which point other activities started. These included a reunion of HiTT past players, a Malta table tennis veterans gathering, a left-hand competition, sitting-down games, a surprise farewell to our guest coach Dario Ardeljan and various other activities that kept us going till midnight. 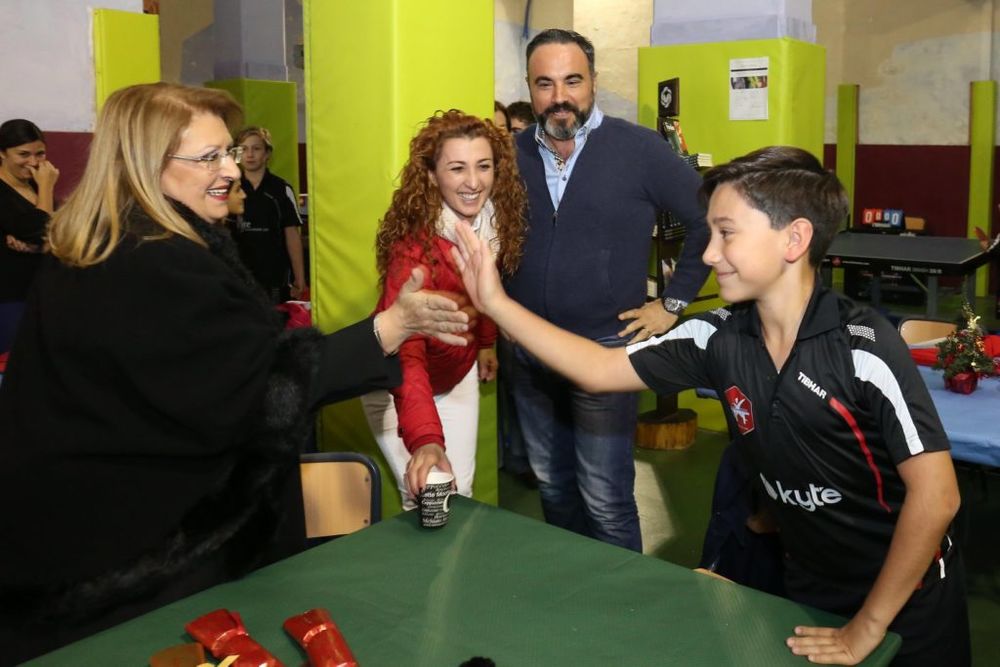 We were very honoured this year to have Her Excellency the President of Malta herself visit us during the 16 hour marathon. After spending some time talking to our students and to our guests, the President and her husband both joined us on the tables and played for some time. 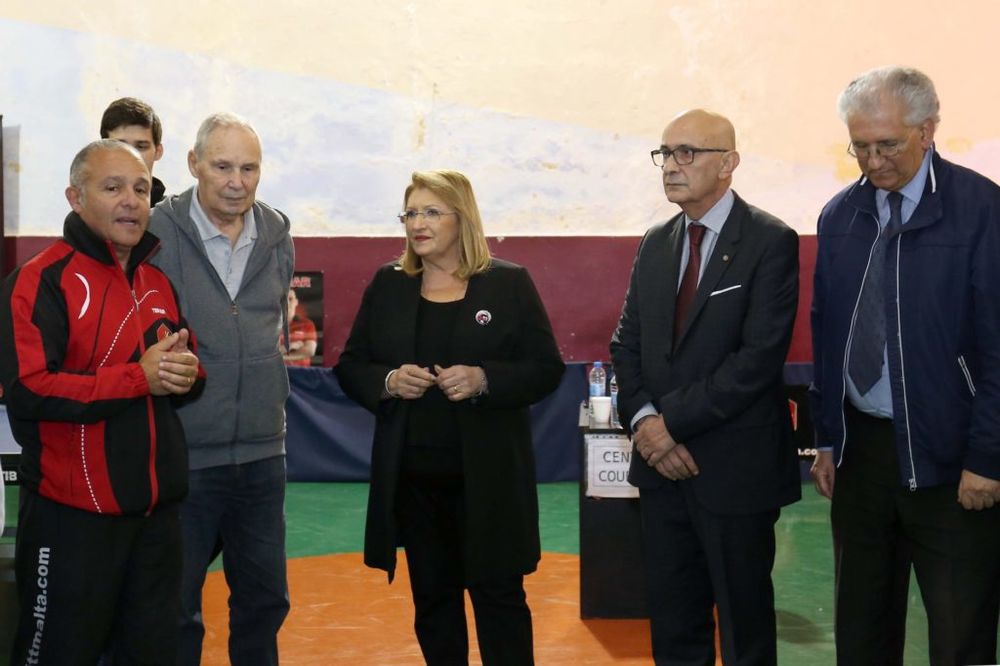 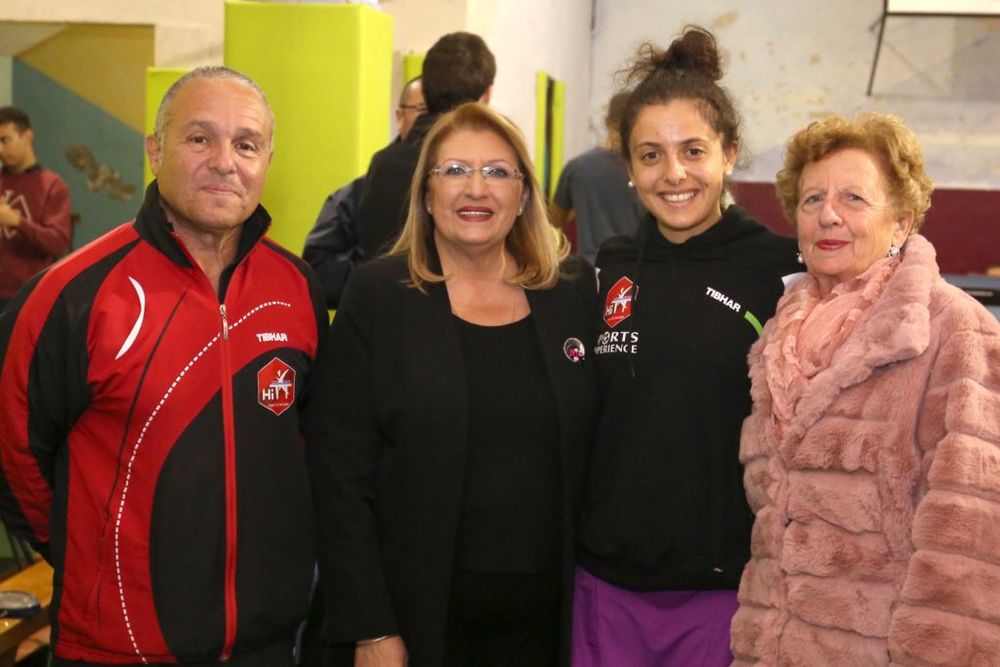 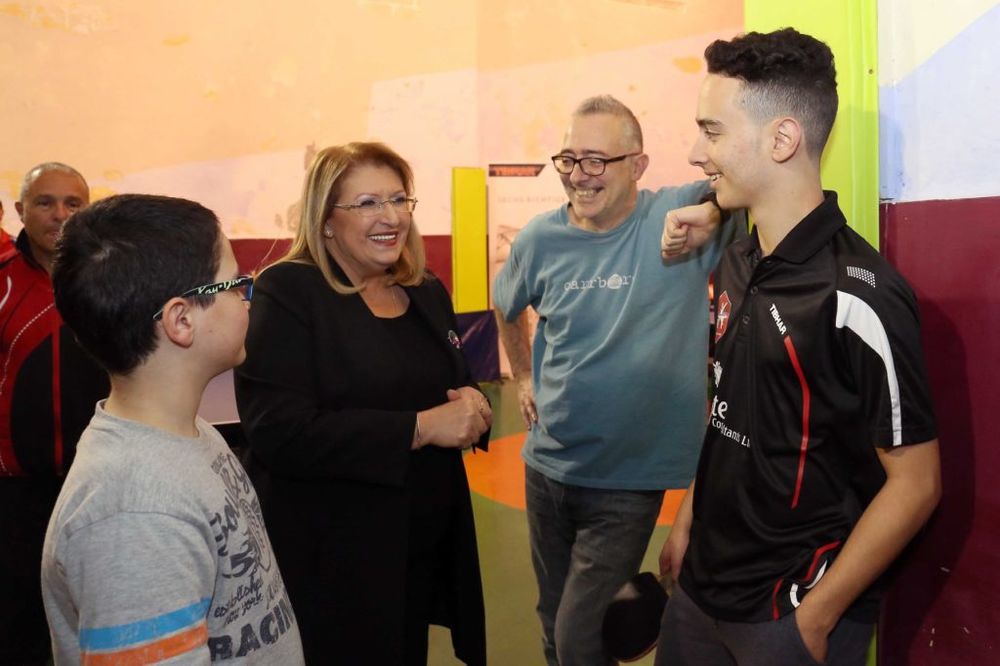 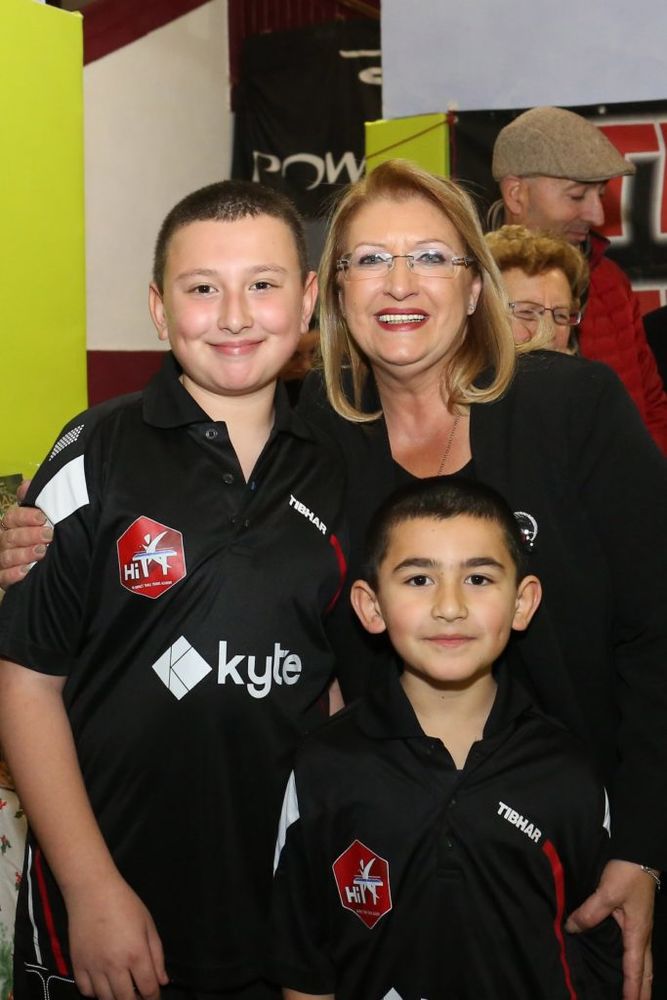 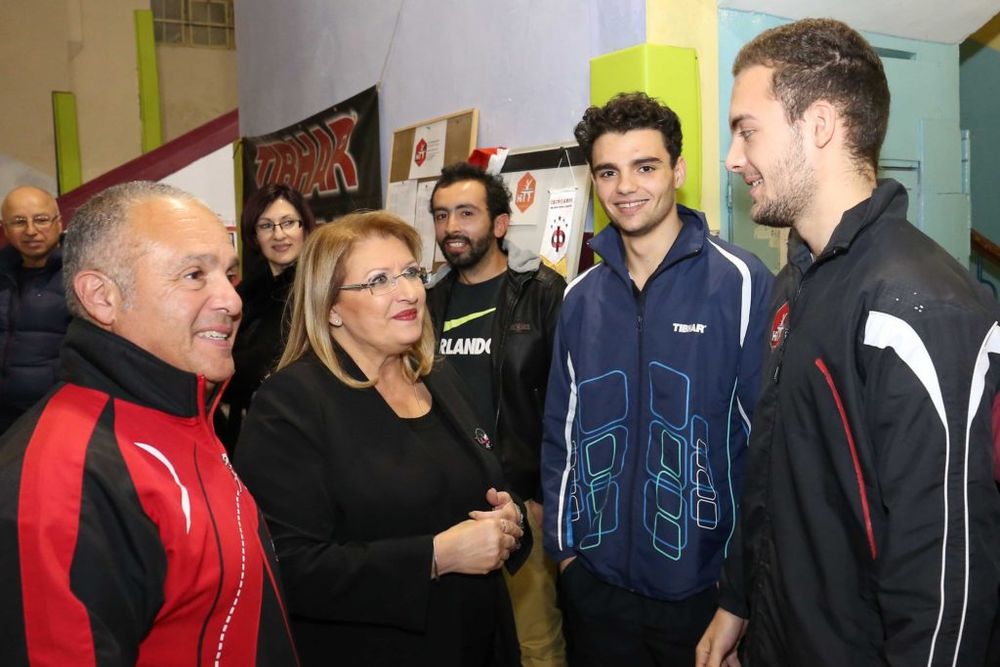 Thank you once again

Once again, a heartfelt thank you to all the people who took part in all these events.

The organisation of such events is not easy, but we find a lot of support among our members and also from people outside the Academy. So big thanks are in order to all those who gave a helping hand and to all our sponsors: Merlin Publishers, Talpé Organic Products, Home Trends and Maryanne Fenech for their contributions. We would also like to thank all the volunteers that helped set up and dismantle the place, take care of the tuck shop, bake goodies to sell during the events and helped in whichever way they could.

“These events, where we collect money to help those in need, mean a lot to us. I believe that as an Academy, we have an obligation to encourage our students to become socially responsible citizens, so that they can be better human beings,” said Mario Genovese, Head Coach and Director of HiTT Academy.

Our head coach, Mario Genovese presented the collected sum to the President of Malta on 26th December 2018.