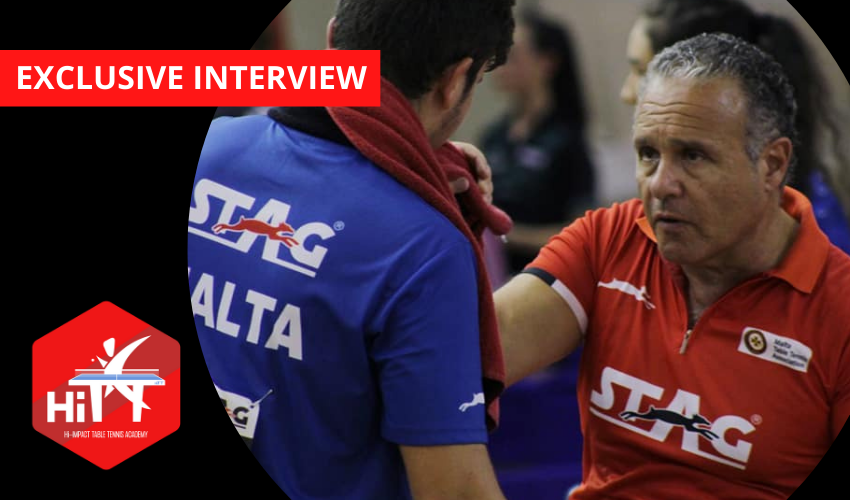 What a fantastic read! ✨  Our Head Coach Mario Genovese was featured in an incredible 4-page article in the Swaythling Magazine (October 2020 edition). In the feature, Mario was interviewed about his table tennis career as a professional player and then as a coach, and also about his relentless charity work along the way.

With a well-deserved place in the Guinness Book of Records, our head coach has won the men’s singles title 21 times, the most recent being in 2012. In addition he has 18 men’s doubles, 17 mixed doubles and 19 men’s team titles to his credit. That is 75 titles altogether!

In the interview, Mario spoke at length about his local and international experiences as a coach and also about his innovative ITX System, a training regime founded on synchronising the power of the brain and connecting it directly to table tennis techniques.

“ITX is based on the synergy between our Ideomotor system, better known as our automotive brain responses, and simulating performance for pressured and stressful match moments”, explained Mario Genovese. “The system brings you as close as possible to the same sensations and emotions that you encounter during some of the most important match situations.”

Swaythling Club International supports table tennis worldwide; for those who have represented their country on the world stage or have given distinguished service to the sport of table tennis.

The full online article can be viewed by following this link. Or you can have a look down below.