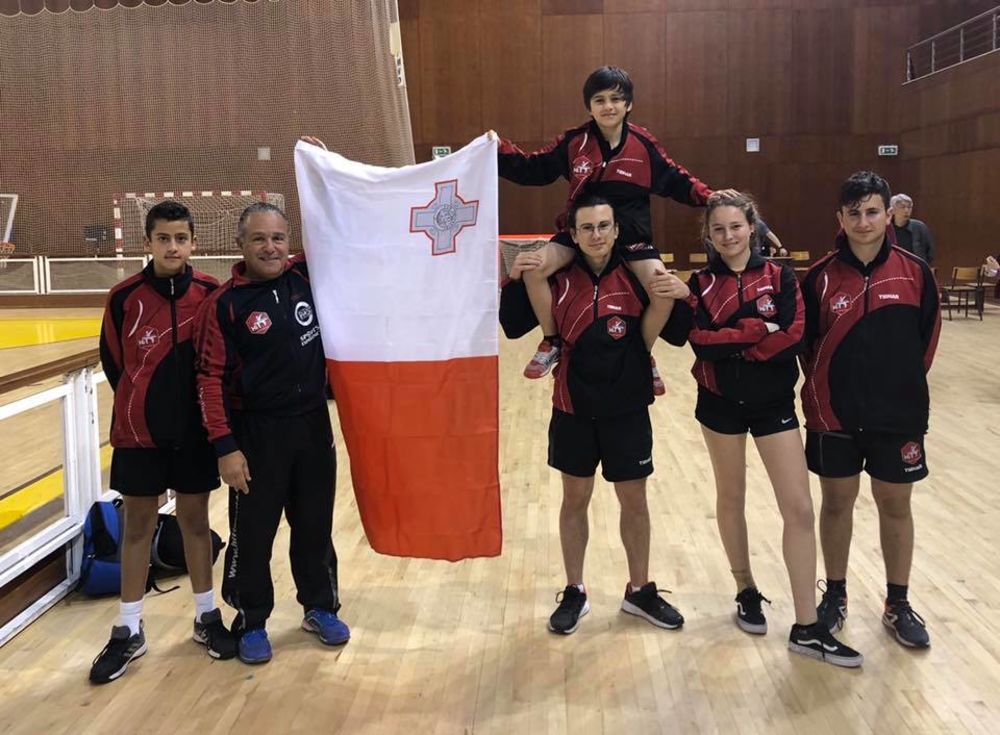 In the camp, 32 players from Portugal, England, USA, Malta, Nigeria, Germany and Turkey trained under the expert eyes of Alfonso Vilela, David Diniz, Eli Baraty, Aleksey Yefremov and our own Mario Genovese.

The Junior and Cadet HiTT Academy team was composed of Liam Wells, Sean Debono, Luke Bonello, Kira Axiaq and Liam Morrow. They travelled to Portugal for an intensive 6 day camp at Lagos Portugal.

This was one of the first major camps that UTTCT has done with a packed list of International players from all over the world. The main attraction was also the participation of International French stars Romain Ruiz and Stephane Ouaiche.

The coaches concentrated on the player’s holistic needs with a strict code plan for every coach that would cover all aspects and utilising their specialised skills for their daily activity. Training drills included high-intensity multi-ball training coupled with aerobic work at the table, strategic and tactical routines along with many interesting discussions and mini-workshops that gave an incredible amount of knowledge to the participants.

Mario Genovese HiTT Head Coach was also there as he forms part of this Elite High-Performance Coaching Team and also utilised his innovative ITX Interchangeable training system which is now being introduced in many clubs around Europe.

“Europe’s best coaches working together to help players, coaches and the sport grow.”

The United Table Tennis Coaching Team (UTTCT) is an international group of some of Europe’s best coaches who came together to help aspiring Table Tennis players, coaches and clubs from around the world grow and develop.

They deliver high performance table tennis workshops, training programs, camps and coaching across Europe and the World. Their vision is to grow, develop and share their expertise, with a king term vision of competing and ultimately beating Asia.