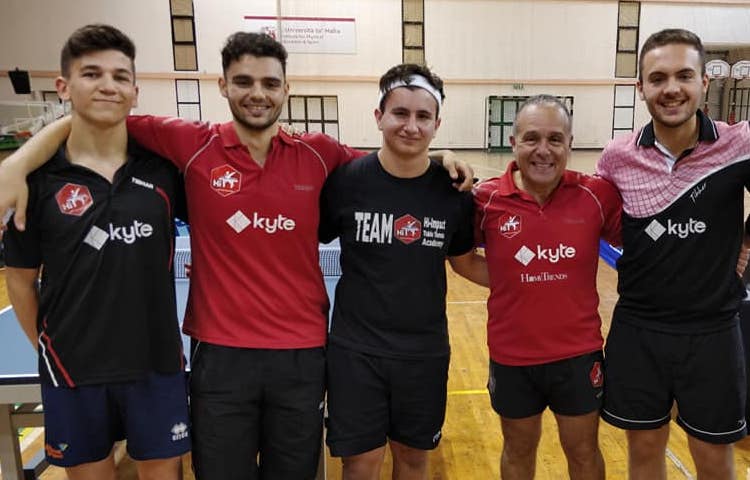 EXCITING NEWS! 4 HiTT Academy players have been engaged by 4 different Italian clubs to play in the Italian National League of table tennis.

Sean Debono has joined Sicilian table tennis club ASD. TT VIRTUS ENNA for the upcoming season. Sean will be playing in the Italian serie C2 with the aim of helping his team get promoted to C1. The trial was a huge success, with the president of the club saying he has high hopes of promotion thanks to Sean’s addition.

As previously announced by the HiTT Player himself, our Isaac Grixti will be playing in Serie B2 with Sicilian team ASD Circolo Etneo (part of ASD Sports Club Etna), based in Catania. Isaac signed his contract with Pierpaolo Liberto, president of the club after a great trial where he met his team mates for the upcoming F.I.T.E.T season.