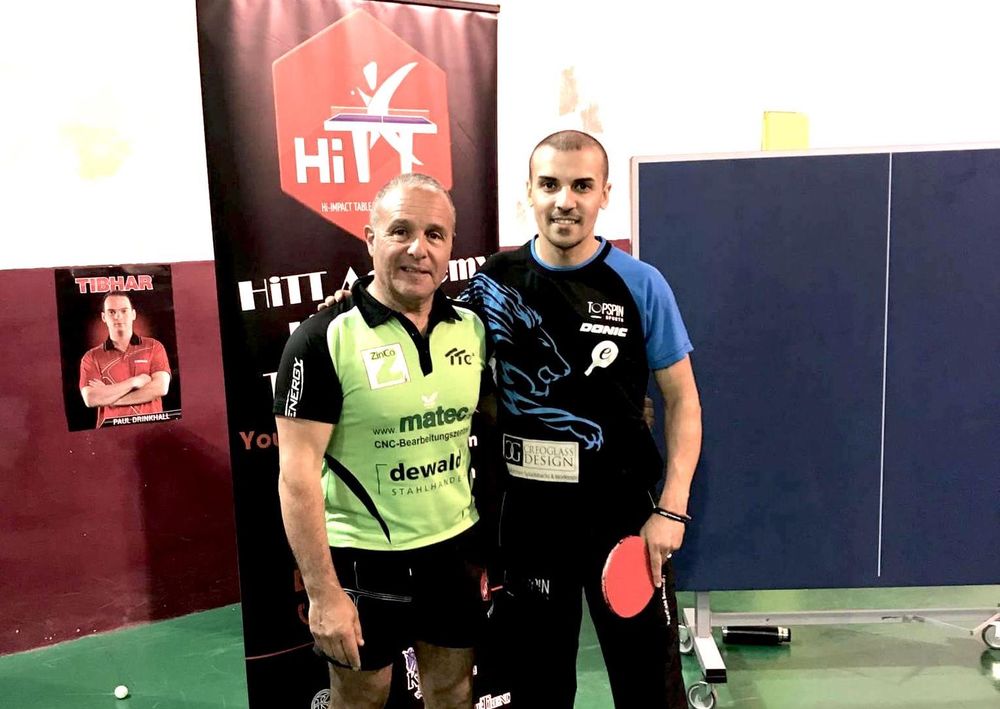 The 22 April 2018 will be a special day for the 30 lucky table tennis players who managed to book a place in Eli Baraty’s exclusive table tennis training camp. The coaching session will be held in Riversmead, Saint Neots in the UK.

Between 10am and 3pm, each participant will have a thirty minute one-on-one training session with one of five Europe’s leading table tennis coaches: Eli Baraty, Julien Girard, Aleksey Yefremov, Afonso Vilela and Mario Genovese. They have worked and coached players such as Vladimir Samsonov, Joao Monteiro, Omar Assar, Adrien Mattenet and Stephane Ouaiche. Pretty amazing isn’t it?

“Instead of going abroad for the best I have brought them to you! I’m super excited to host a special 1 Day training with Europe’s leading coaches,” posted Eli Baraty on his FaceBook page. 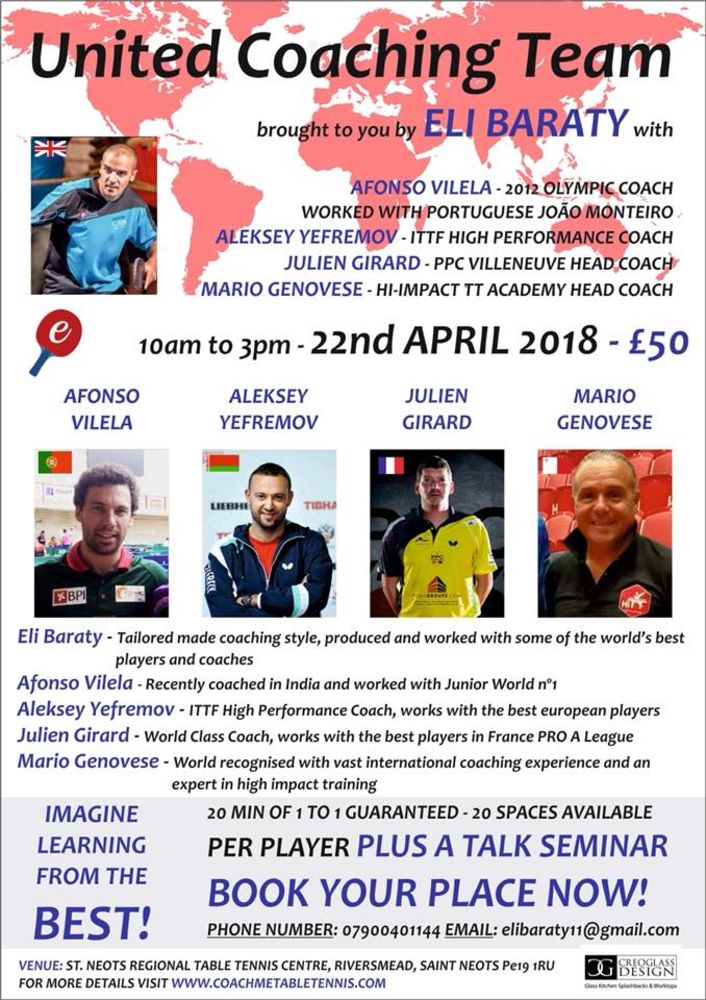 The aim is to help aspiring players to develop their game. In order to do this, the coaches will see the players workout through a set of table tennis exercise to spot technical mistakes. The coaches will then work with the player to resolve the identified problems.

The course was sold out in a matter of days as players grabbed the fantastic opportunity to train under the watchful expert eyes of Europe’s leading table tennis coaches.

What this exclusive programme means for Mario Genovese

HiTT Academy Head Coach Mario Genovese is looking forward to this opportunity. It will be an intense experience for him as well, not just for the students attending the sessions. Although the camp for the participants is for just one day, for the coaches it’s a whole different matter. Their time together encompasses three days where they will discuss techniques and modern methods in a private workshop just for coaches. Mario in fact has been busy preparing a workshop session that he will be presenting on Saturday to other table tennis coaches, in which he will put forward strategies to oppose the Asian method of play.

I asked Mario a few questions about how it feels being one of five coaches leading  this exclusive camp.

What does it mean for you to be selected among such top coaches?

“To me, this is a benchmark in my coaching career. I have been coaching table tennis for almost twenty years now, but the last five years have been exceptionally exciting as I stepped up to a higher performance level, coaching high level players all around Europe. The satisfaction is great, and the experiences unforgettable, such as my time in Sweden alongside Peter Nilsson and then in Poland, Spain, Serbia, Greece and the UK. When Peter Nilsson, at the time Swedish Cadet Coach, was visiting Malta, he gave me a very clear signal and opened doors in my coaching attitude when he entrusted me with two of Sweden’s best cadets while on tour in Malta. It was amazing to see how the players responded when given tactical instructions. Since then it has been an amazing journey for me as I studied new coaching techniques and applied my own learnings into a fusion suitable for various development levels. I am sure that this new experience in the UK will be one of immense benefit to my personal development as a coach and hopefully one where I will be able to help the attending participants to become better players.”

Have you tested your system?

“My journey started way back in 2000 when at the time Malta had no cadet players of any level except for one or two. I was set to try and have players develop rapidly before Malta ended without any junior players. I set my pace using all that I had learned from my professional years training and playing in Norway, UK, Sweden and Denmark, matching it with my training periods in China and Japan. The system worked well, as players were becoming fully fletched players in a span of 24 months with encouraging competitive results. Brothers Gabriel and Isaac Grixti are an excellent example of the outcome of all this work. In just five years since they started training they are now at the very top of the National ranking and are besting players in international competitions.”

What will happen over the next weekend in the UK?

“Saturday will be dedicated to an in-house workshop of coaches for coaches. We will embark on a way forward to give exposure to a new coaching system by first-hand experience. Sunday will be then a hands-on training camp where players actually experience the system applied by the five main coaches, with guaranteed one-to-one time slots.”