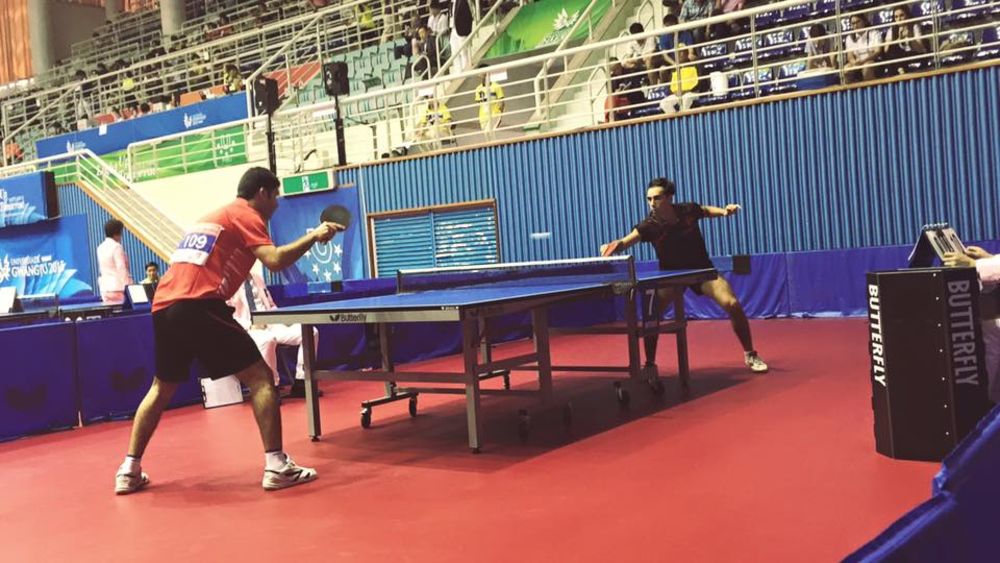 Andrew managed to come back from a 1-3 trailing to win the match at 4-3.

This put him in the Top 32 players of the competition. He then went on to play LIAO Cheng-ting from Chinese Taipei where he lost in a tough match.