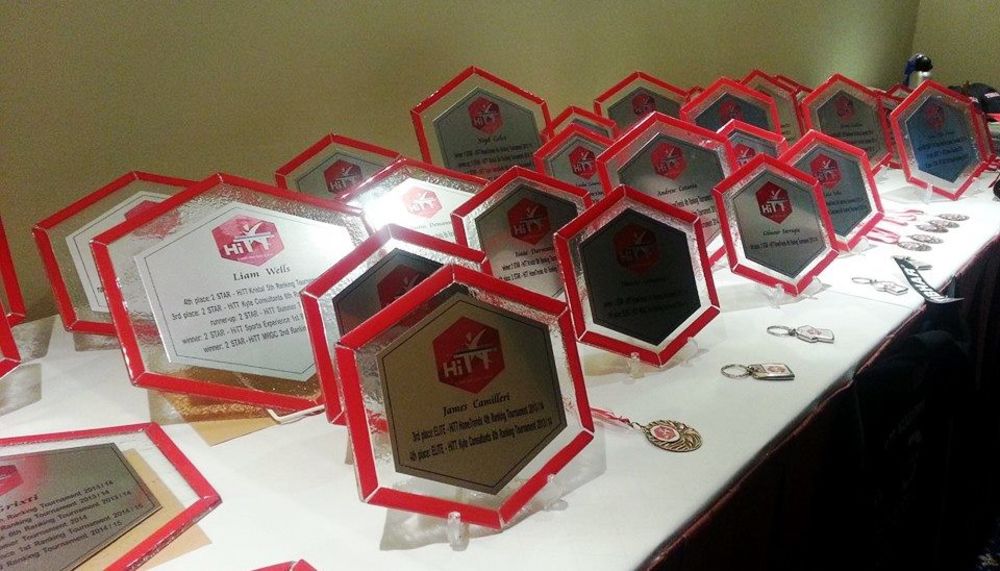 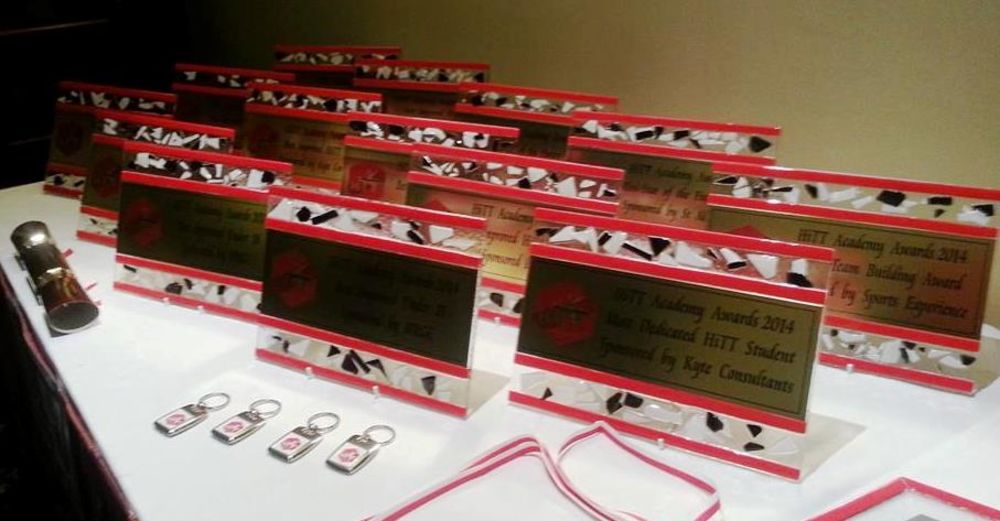 The climax of the HiTT Academy calendar is the annual appointment with all players and their families during which HiTT Academy recognises each and everyone’s efforts throughout the year. Each year all students at HiTT Academy wait eagerly for the HiTT annual awards dinner.  During this event all students are rewarded for all the hard work they have achieved all through the year. This year the 27th of December 2014 was a night to remember.

After an appetizing meal at The Victoria Hotel, the students were awarded various prizes, each and every one according to their abilities. Each student was recognised for his/her own improvement. The winners of the HiTT Academy ranking tournaments and summer competitions were awarded with their trophies which were this year custom made especially for HiTT Academy by Sports Experience of Attard.

The winners of the HiTT Academy Special Awards for 2014 are: 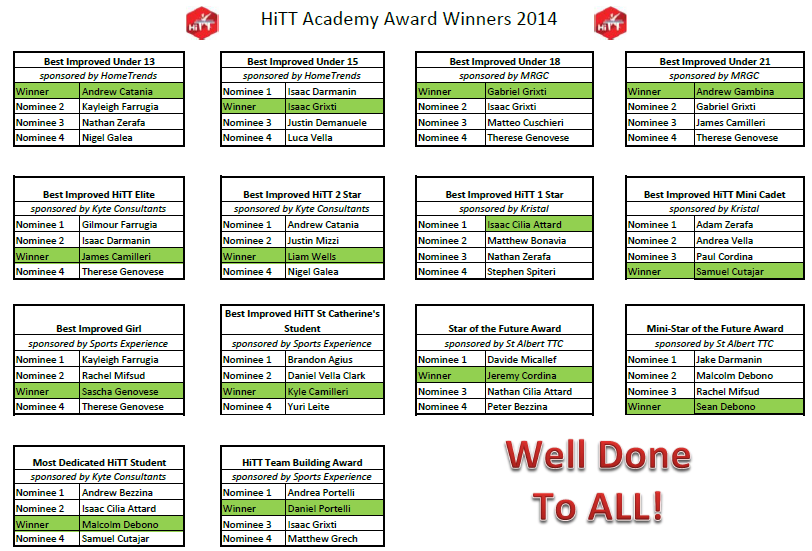 This was not merely an event to meet together once in the a year but it was an event where students were acknowledged for their successes and this will surely help them to work even harder the coming year. Surely their coach Mario Genovese was an exemplar. After winning the World Championship of Ping Pong Malta Qualifiers he astonished them with yet another extraordinary title…..The Guinness World Record for the Most National Table Tennis Titles ever won by a male athlete!!!….. more on this coming up soon 🙂

Thanks go to all who attended this event. Your positive energy gives us the enthusiasm to keep organising such events.  And finally a word to all the students: